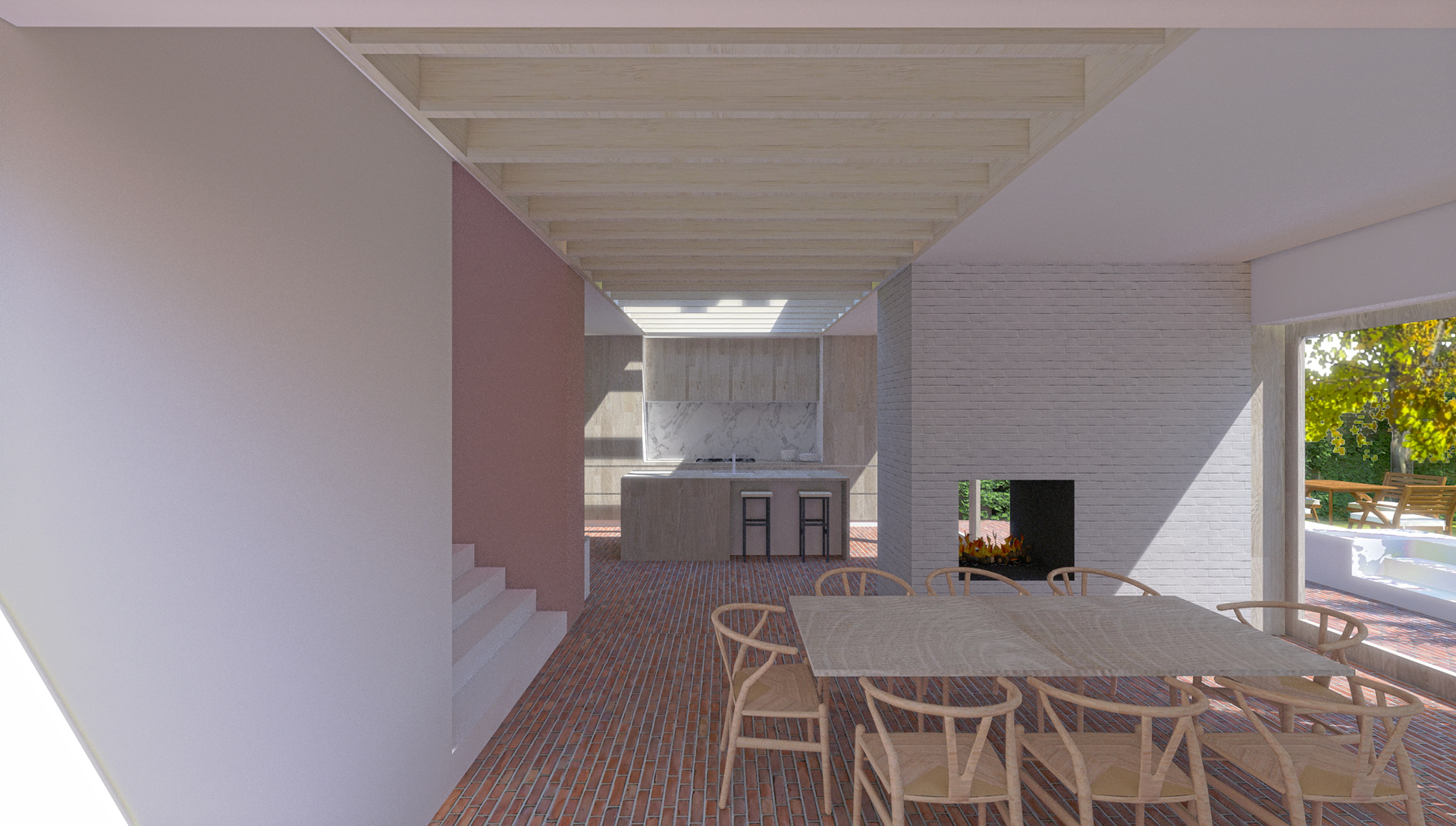 This 1840s property is only one of four identical pairs in Canonbury and inside still retains its original layout, windows, joinery details and fireplaces – with a 1970s side extension. The house is privately owned by a couple who wish to update and upgrade their home whilst preserving the original character and retaining views to the back garden.

As a sensitive heritage project, our architectural design team with experience working with Islington Council approached planning for a pre-planning discussion on the changes that would be allowed.

‘We like to start dialogue early with the case officer and to establish a relationship that allows us to communicate more openly as the design progresses,’ says project architect, Pamela Guo. ‘In this project we understood from the outset that our design needed to respect the original plan-form (layout) and preserve much of the original external appearance – particularly at the front – so as not to dilute the reading of the pairing with its neighbour.’

The sliding sash windows mostly feature the original 8 over 8 pane arrangement made with hand blown cylinder glass. In one case where a newer aluminium window had been installed by the previous owners, the Council asked to match it with the existing windows.

‘We were asked to accurately replicate the material, profile, detail and type of the of the glass used in the original windows,’ says Pamela. ‘Although the Council have given us a concession to use double-glazing with cylinder glass to the outer pane.’

Alterations to the 1970s side extension were allowed with contemporary bi-fold doors at the rear opening onto the garden, as the building is recognised as a “modern” addition to the period property. However, changing an original window on the house’s rear façade to doors was denied.

‘Visual links to the garden were important to the design from its inception,’ says Pamela. ‘We were successful in retaining full access to the garden from the rear of the new extension and the side of the existing outrigger. Since relinquishing access from the rear of the existing outrigger however, we have worked hard to ensure that our original concept is still clear and legible.’

A planning application for a Grade II listed building needs a heritage statement and so we joined forces with Nicola de Quincey Architecture and Conservation. Planning consultant, Jacquie Andrews of Howard Sharp and Partners, came on board too paving the way for a smooth planning process.

‘Collaboration has helped the wider team navigate through the conservation requirements and the Council’s planning policy maze, allowing us to tailor the scheme and justify our strategy for the best possible outcome,’ says Pamela. ‘Indeed, our client’s application was approved within eight weeks of submission.’

Neil Dusheiko Architects are architects in Hackney based in the London borough of Islington and are an architecture firm with projects in West London, Stoke Newington, Great Shelford and Cambridge