Extension for a turn of the century family home in Walthamstow.

The playful design creates a much needed flexible living space and extra bedroom for the young family. The shape of the extension is designed to track the sun and create a positive space in the garden. The new structure is be framed in oak and clad in Siberian Larch. The differentiation of materials allows it to be read as a separate volume rather than mimic the brick character of the existing building.

The design plays on the juxtaposition of natural light effects and artificial lighting. Through shadows cast on the facade by the timber fins a subtle layering is revealed. As time passes the facade is animated by the changing condition of light and shadow. The cranked geometry allows for maximum sun penetration and the shapes the garden space. The vertical fins are contrasted by a linear walkway which serves as a bench connecting the house to the garden. 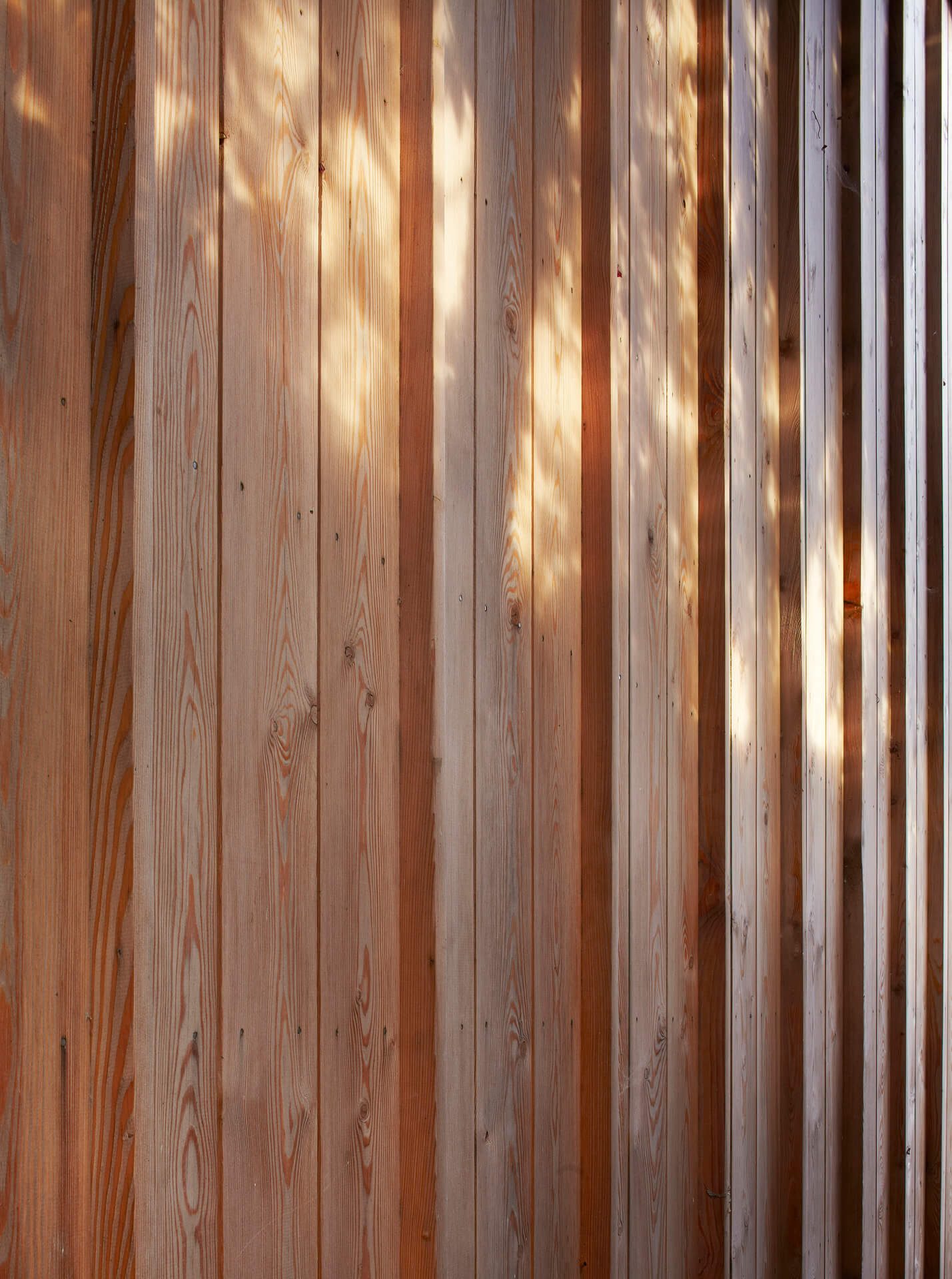 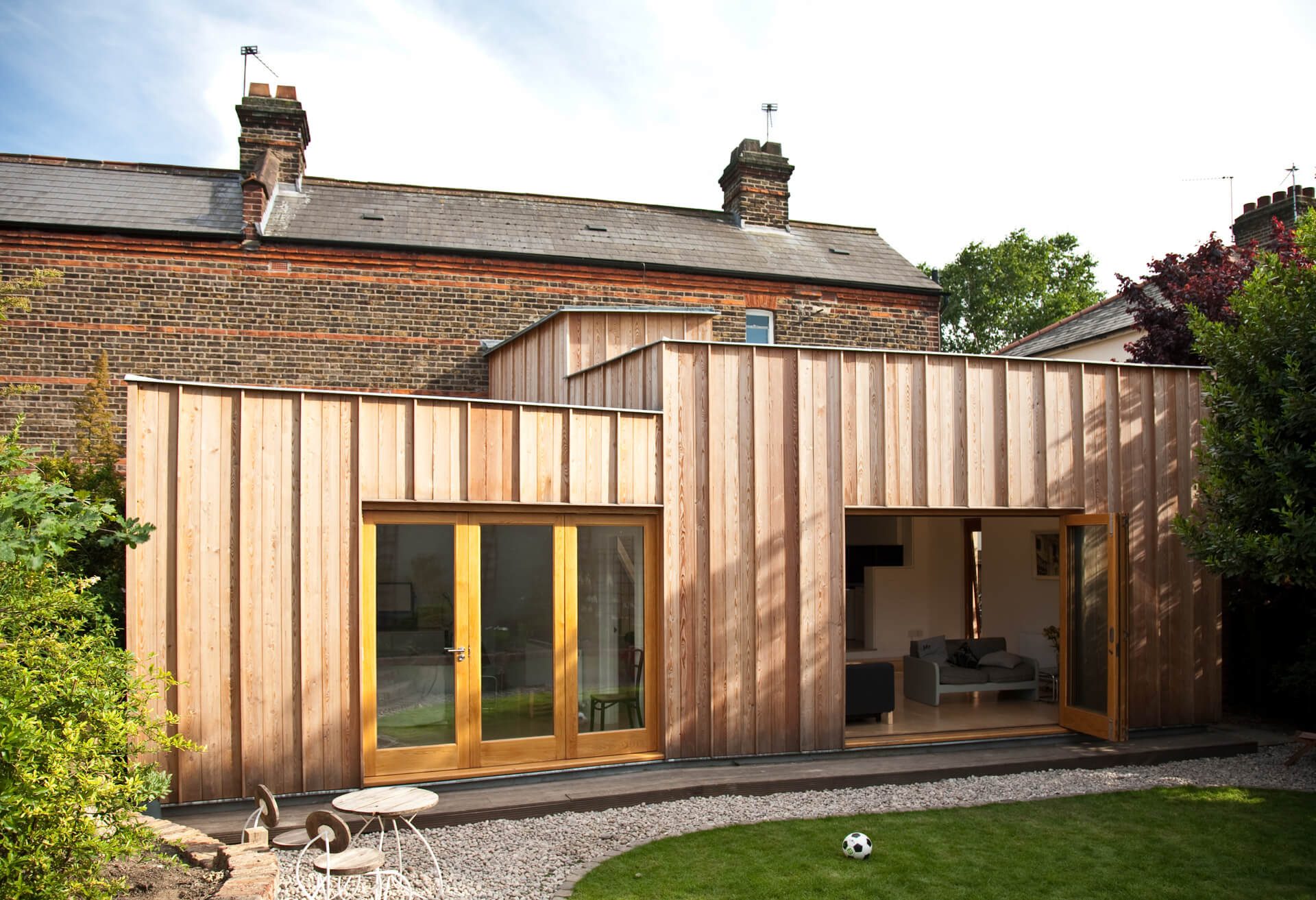 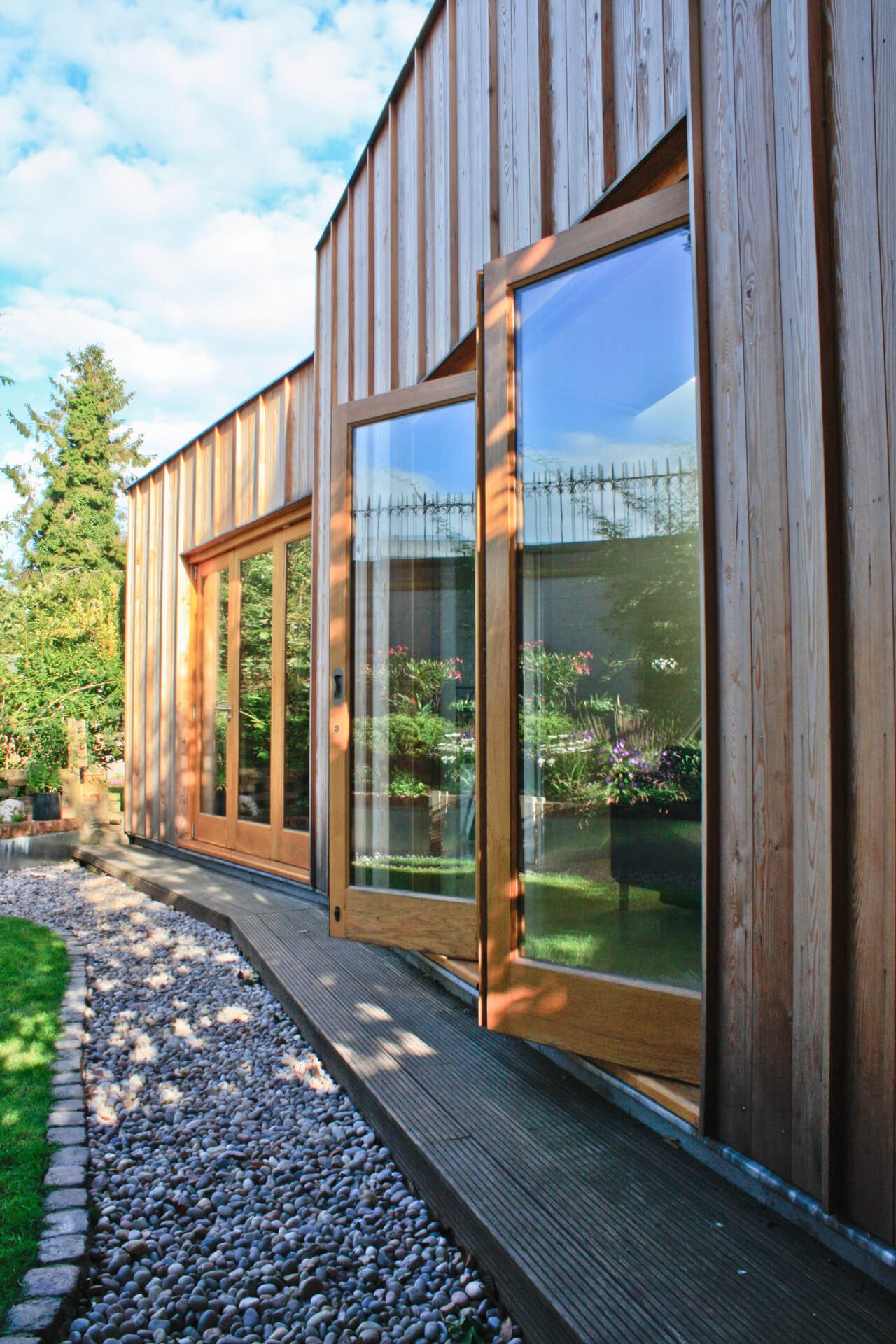 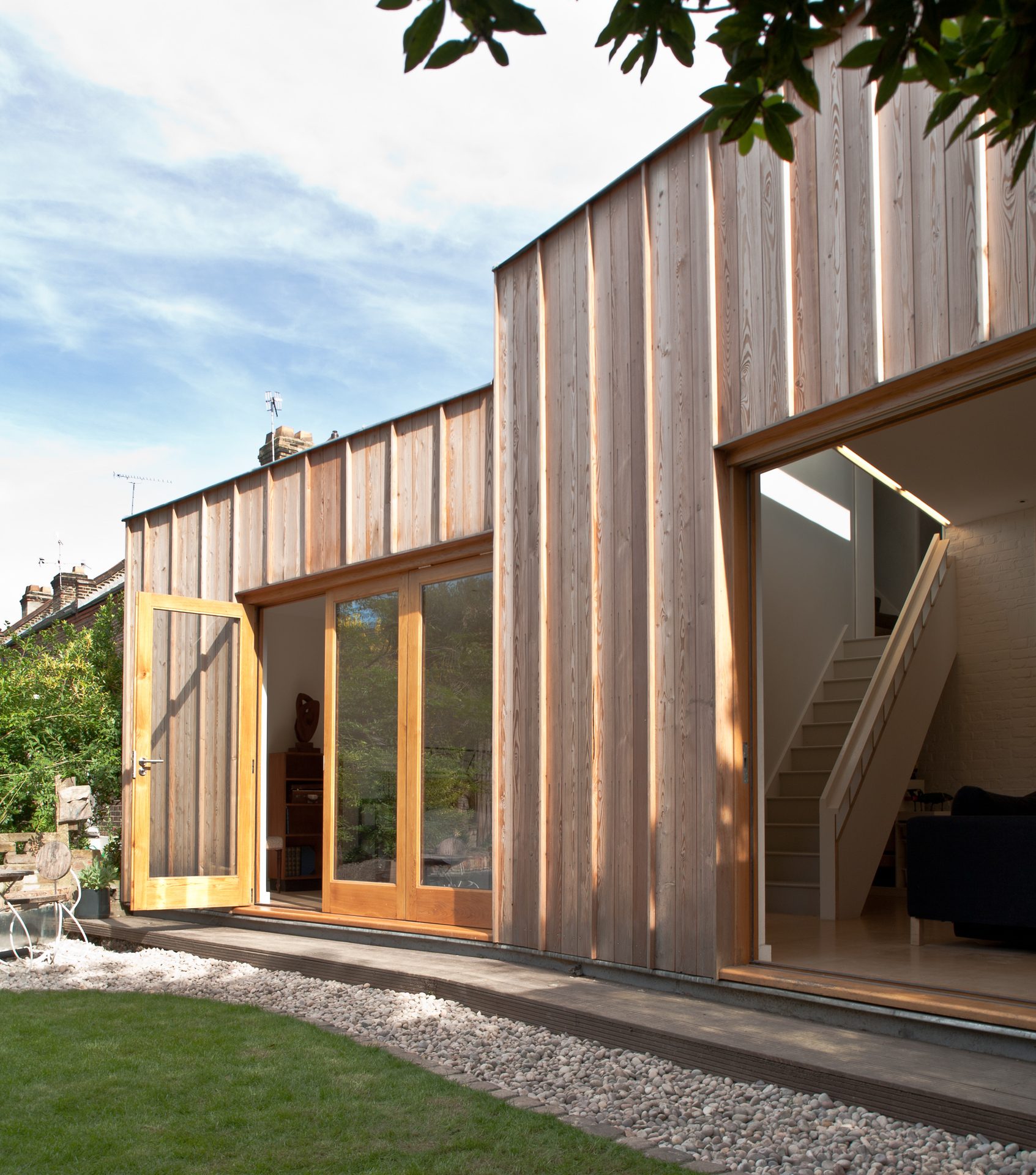 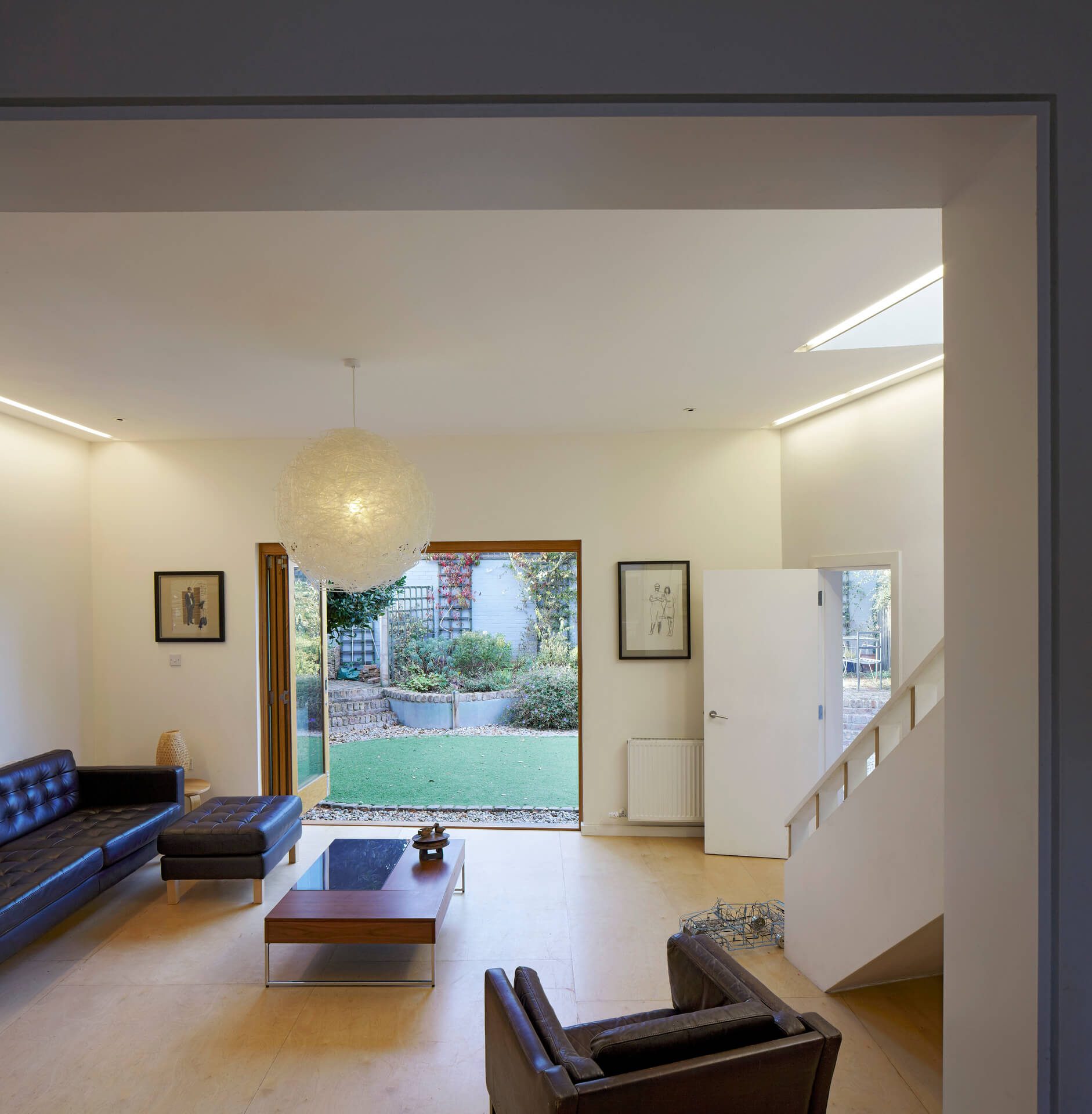 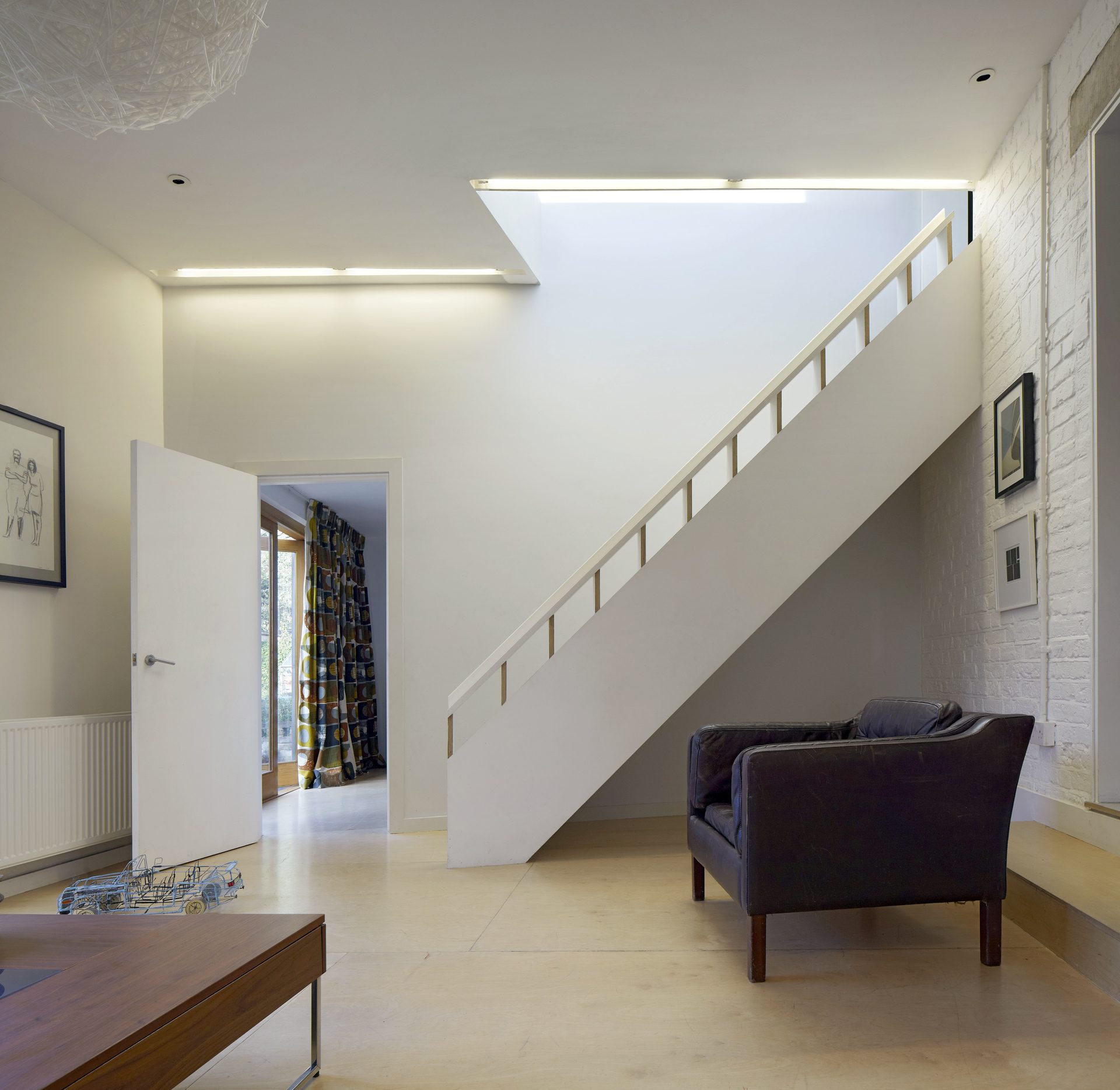 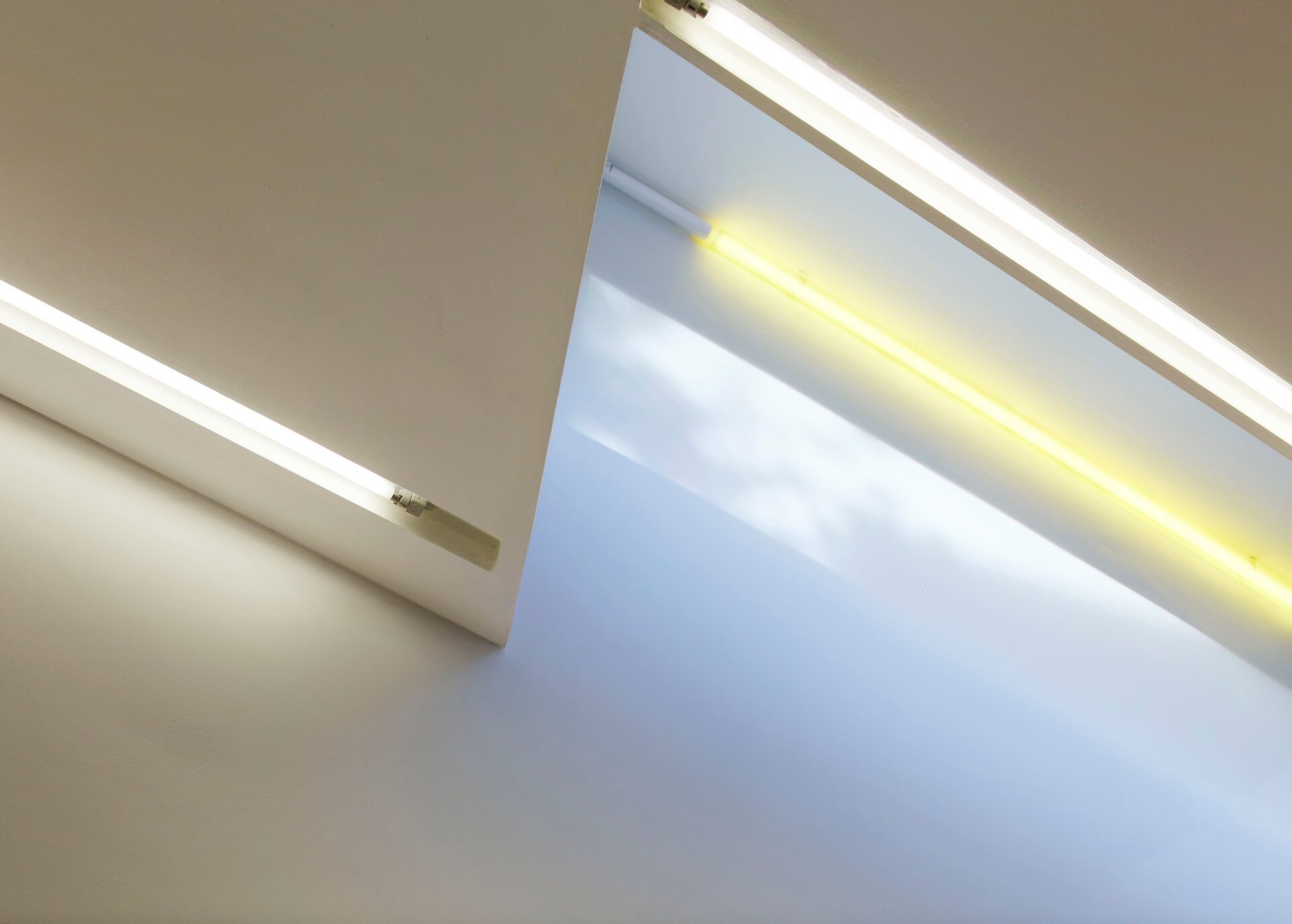 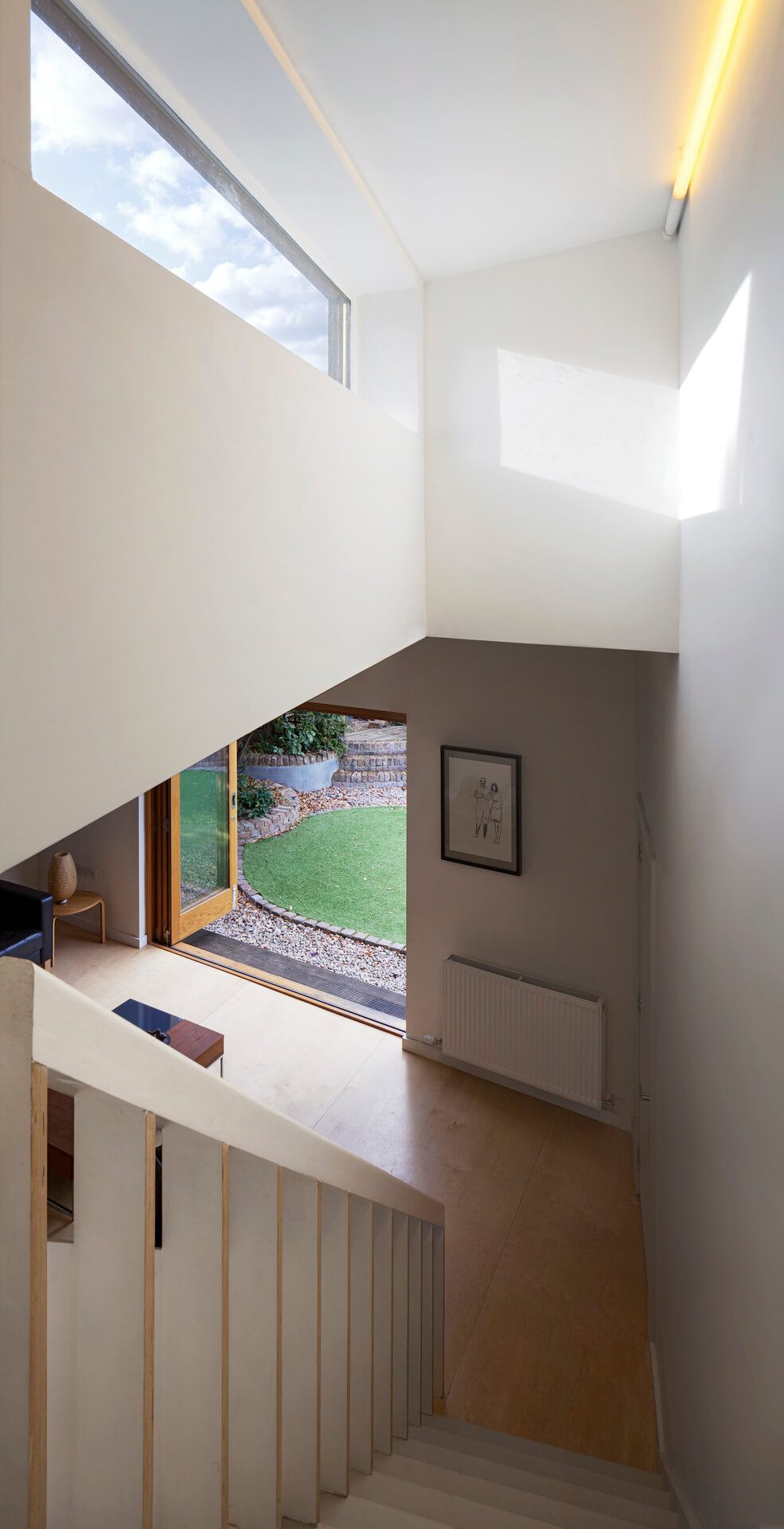 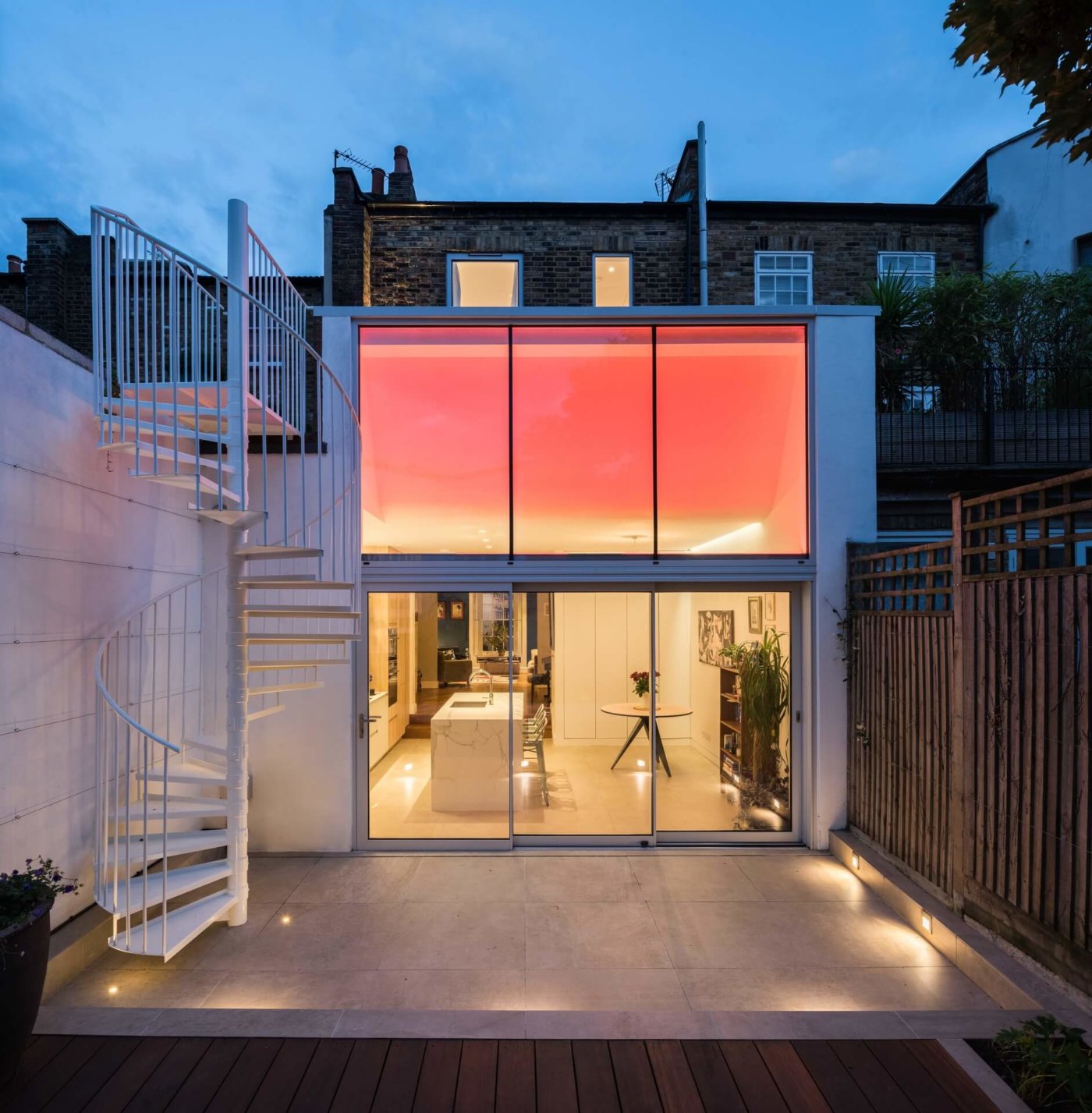 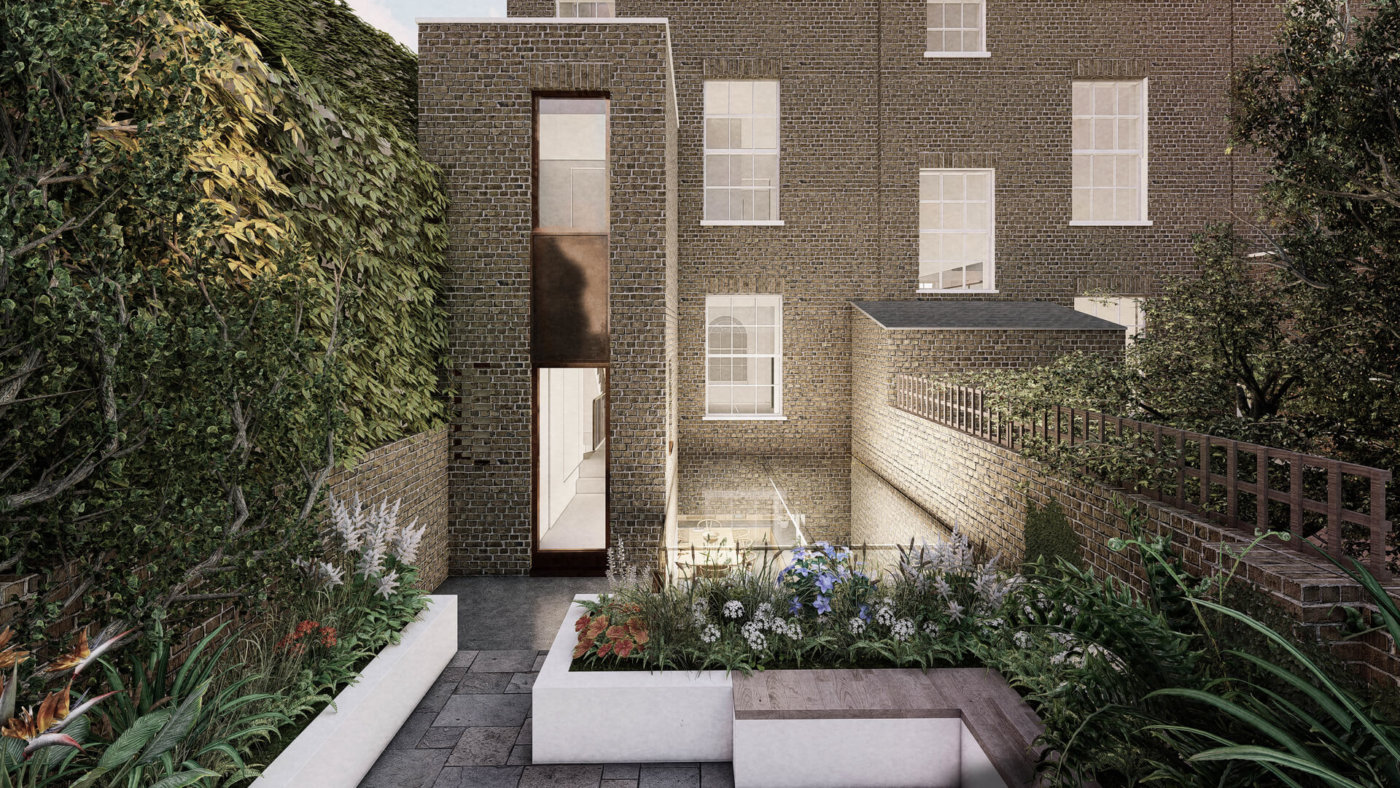